Canine Dimensions was founded by nationally known dog behavior expert Phil Guida, one of the first trainers in the U.S. to develop a balanced, reward-based dog training system. Phil began training dogs in the 1990s, and became frustrated with the punishment-based training methods in use at the time. They were difficult for clients to learn, stressful for the dogs, and not effective to use with all dogs and all behavior problems. A more humane, more effective, and more scientific training method was needed. He began to develop a training system based on how dogs communicate with one another.

Our certified professional dog trainers throughout the United States and Canada have received over 1000 5-star reviews on Google and Yelp.

We train puppies and dogs of any breed or age, using humane, dog-friendly training methods - no shock collars and no clickers.

Canine Dimensions is recommended by veterinarians, animal shelters and dog rescues throughout the United States and Canada. We are frequently cited as information and reference sources including Wikipedia, in the best-selling book by The Association of Professional Dog Trainers "Top Tips from Top Trainers," in Dog Fancy, Pompano Today, Modern Dog Magazine, Denver Dog, on canineprofessionals.com and on CBS Morning News. Our trainers have also been guests on numerous talk radio programs across the country. 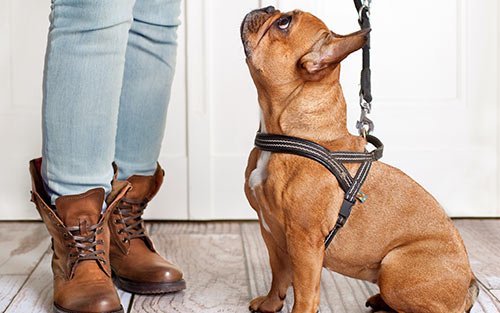 How Did Phil Get Started

Professional dog training methods for pet dogs had come from military dog training techniques in the mid-20th century. Phil realized that these methods were stressful for dogs and for their owners. Later on, shock collars became popular, as did click-and-treat. A more “balanced” approach was needed – without choke collars, clickers or shock collars.

Phil had been active in the sheltering and rescue community for more than 25 years. He witnessed the sad reality of owners being forced to give up on their dogs. When an owner is forced to bring their dog to a shelter because of a behavior problem they can’t fix, nobody wins. The owners are heartbroken and the dogs are frightened and confused. Tragically, many of these dogs don’t get a second chance. But with good training, these behavior problems can be fixed. Any dog can be trained. Good training helps keep dogs and their families together. This is our mission – to save lives by solving dog behavior problems.

Over the years, Phil has continued to provide guidance and support to local animal welfare organizations in his home state of New Jersey. Currently he serves as Vice President of Homeward Bound, a non-profit, no-kill shelter, veterinary clinic and adoption center in Blackwood, NJ. Homeward Bound boasts the highest live-release rate of any open-intake animal shelter in the state.

On a local level, many of our franchisees volunteer in their home towns, providing foster homes for homeless, abused and neglected dogs and working with dog rescues, animal shelters and other animal welfare organizations across the country. Some even operate their own rescues, and help on the front lines as animal control officers. On a national level, Canine Dimensions supports Best Friends® Animal Society’s goal that by 2025 no dog or cat will ever be killed in a shelter again. We support this mission through financial support, and most of all by solving dog behavior problems for our clients, keeping their adopted dogs safely at home and out of shelters. Since 1997, we have trained and rehabilitated over 50,000 dogs.